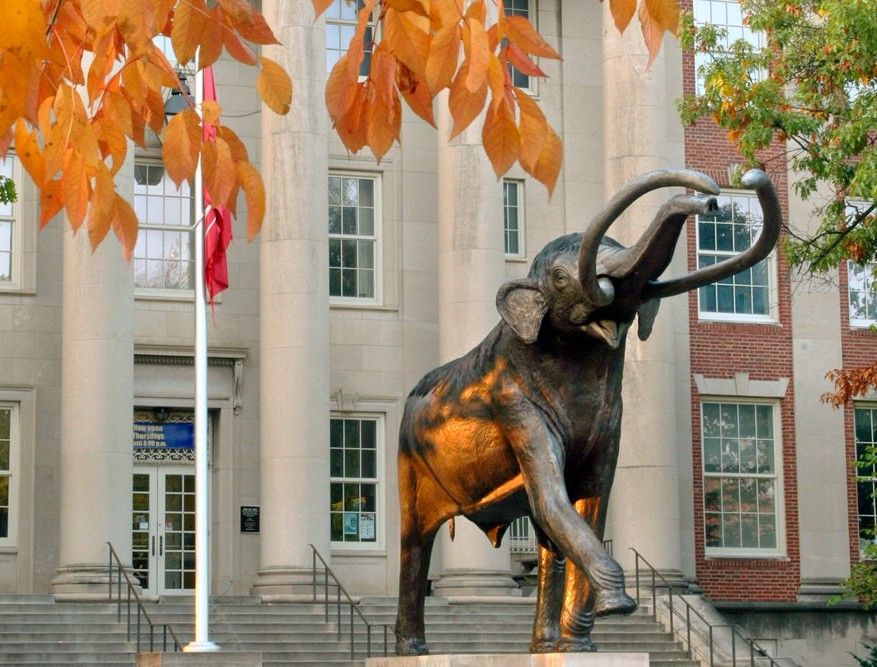 The museum announces plans for an $11.4 million privately-funded redevelopment that will add new exhibit space with the theme "Cherish Nebraska." It will showcase the evolution of life and natural systems of the region through exhibits on geology, paleobiology, parasitology, weather and climate, and Nebraska biodiversity and ecosystems past and present, with many of the exhibits including hands-on activities.

After being closed to the public for more than 50 years, the fourth level of the historic 1920s-era Morrill Hall will be transformed into state-of-the-art exhibits using modern technology. Preliminary plans include the installation of innovative and interactive science exhibits that will be on par with other leading museums and expand educational opportunities for visitors of all ages. The redevelopment will provide nearly 20 percent more exhibit space available in Morrill Hall for visitors to explore. The project will be funded entirely with private donations and represents the largest ever private investment in the museum. The University of Nebraska Foundation has so far received leadership gift commitments of $8.5 million in support of the initiative provided by the Theodore F. and Claire M. Hubbard Family Foundation, the Claire M. Hubbard Foundation and Ruth and Bill Scott.

In addition, Mark and Diann Sorensen of North Platte, longtime museum benefactors and co-chairs of the museum's last fundraising campaign, have established a fund designated for the fourth floor project. The Friends of the University of Nebraska State Museum have also pledged support.

The gift commitment from Ruth and Bill Scott is a $3 million challenge grant for the initiative, which will be awarded once the remaining $2.9 million is donated by other individuals and organizations to help completely fund the project.

"This redevelopment represents the next great renewal of the state museum, and we are tremendously grateful to the museum's generous benefactors for making this project a reality," said Director Priscilla Grew. “This project will transform Morrill Hall into a completely unified museum building and the fourth floor will feature all new exhibits of a standard comparable to those at the Smithsonian.”

Preliminary plans call for construction to begin in 2016 with a public opening planned for 2018.

"The State Museum's research collection of mammal fossils and that of the American Museum of Natural History in New York are ranked as the top two collections in the country," Grew said. "Our parasitology collection ranks second only to the Smithsonian. The new space will allow us to showcase the latest research and highlight amazing animals of Nebraska's fossil past that are not now included in the other floors of Morrill Hall. In the new parasitology gallery, visitors will engage in a simulated lab experience showing how science is conducted in the museum’s research laboratories."

The redevelopment will also include a working paleontology laboratory for UNL researchers with an observation window for visitors.

"Redeveloping and opening the museum's fourth floor is a long-standing priority to enhance the learning experience for our museum visitors," said Prem S. Paul, vice chancellor for research and economic development. "The educational opportunities will help translate research at UNL for Nebraskans and expand their understanding of the state’s resources and natural history."

Like other areas of the museum, the new exhibit space will become a platform for distance learning, using two-way videoconferencing technology to help take the museum into classrooms across the state.

"We are especially excited about partnering with Nebraska's zoos, parks and natural areas with the new indoor-outdoor connections we can make with two-way live video,” Grew said. “This will enhance the Morrill Hall visitor experience and enable us to share our gallery resources with statewide audiences."

As part of the redevelopment plan, an area on the roof of the building will be added to accommodate updated heating and air-conditioning systems and electrical equipment. Restrooms and office support spaces will also be upgraded, and the museum will be equipped with a new fire suppression system throughout the building.

The University of Nebraska Board of Regents approved the program statement and plans for the redevelopment at its June 12 meeting.

Since its dedication in 1927, Morrill Hall has served as the home for the University of Nebraska State Museum of Natural History. The first, second and third levels of the building have been used for museum exhibits as well as administrative offices and the Mueller Planetarium. Last renovated in 1963, the fourth level has been home to offices, classrooms and laboratory space.

Established in 1871, the University of Nebraska State Museum is the state's premier museum of natural history and has a statewide mission to engage in research, teaching and public outreach. The museum is focused on promoting discovery in natural science, fostering scientific understanding and interpretation of the Earth's past, present and future and enhancing stewardship of the natural and cultural heritage of Nebraska through world class exhibits, collections and special events. The museum is accredited by the American Alliance of Museums and became a Smithsonian Affiliate Museum in 2014. For more information, go to museum.unl.edu.