The Dynastine Scarab Beetles of Costa Rica and Panama 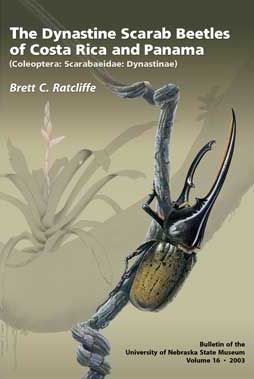 The 157 species of dynastine scarab beetles that occur in Costa Rica and Panama are comprehensively reviewed. Bilingual keys, descriptions, distributions, and notes on biology are provided for all species as well as illustrations and maps. The larvae of Enema endymion, Heterogomphus chevrolati, and Dynastes hercules are described for the first time. Also included are synopses of the higher-level taxa, glossary, gazetteer of place names, and species checklist. 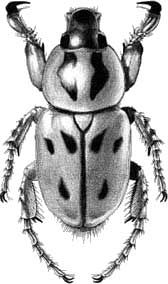 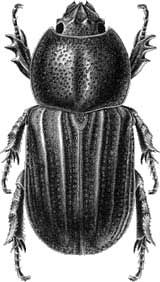 This study provided the first extensive documentation of the taxonomic, geographic, and temporal distribution of Neotropical dynastines in any mainland country of Latin America. An extensive program of collecting in both countries was completed, and specimens were deposited in the collections at INBio in Costa Rica and the Universidad de Panama as well as numerous museums in the United States.

Specimens were authoritatively identified, and collections were curated and organized. Costa Rica's 35 parataxonomists greatly augmented the database with numerous specimens, new locality information, and new species. All of the dynastines at INBio have bar-coded labels, and all of these label data have been captured into a relational, electronic database. Numerous country records were recorded, detailed distributions (geographic and temporal) were documented, and new host plant associations were discovered. Identification keys in English and Spanish are presented for all taxa and, where available, for larvae as well. Each taxonomic unit is described and diagnosed, and complete nomenclatural histories are given for each species-level taxon. Numerous illustrations (habitus and line drawings) complement the keys and species treatments. For each species, all known life history and ecological information are also included.

The users of this book will be systematists and collection managers; Costa Rican and Panamanian students studying their entomofauna; biogeographers needing annotated distributional data; ecologists; applied entomologists; amateurs; and park and reserve managers who need base-line data for establishing management plans and educational programs. The results of this project provide a foundation for continued monographic studies of dynastines for the remaining countries of Mesoamerica.

The Costa Rican database of Dynastinae is a result of a combination of the extensive collecting efforts in Costa Rica by the staff of INBio, the parataxonomists stationed throughout the country, the staff of the National Museum, and the NSF-funded project at the University of Nebraska to faunistically survey the Dynastinae of Costa Rica and Panama. The NSF-funded portion of the project (primarily collecting and authoratative identifications) was conducted from 1993-1996 with several years of pre-project activity in Costa Rica by Ratcliffe. The Costa Rican information was assembled and databased by INBio using the Biodiversity Information Management System (BIMS). INBio has state-of-the-art bar coding technology on all of its specimens for rapid scanning and data retrieval. It is continually being augmented, and so the database will change through time to reflect this. The BIMS database is organized (within the Scarabaeidae) alphabetically by genus. 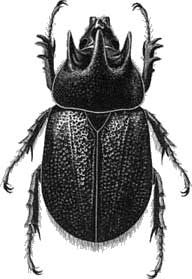 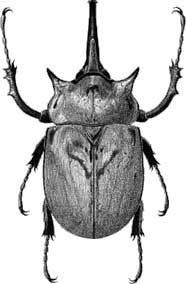 Tax exempt or delivery outside the United States? Please contact unsm.publications@unl.edu before ordering