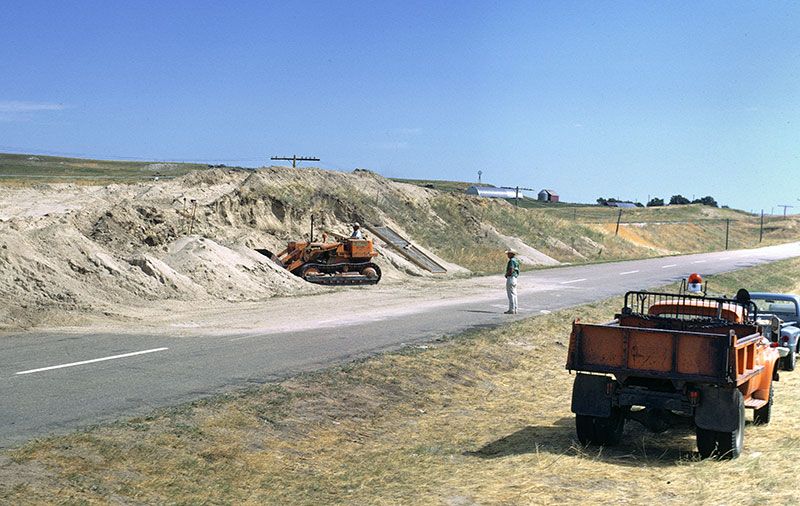 History of the Program

The Highway Paleontology Program is a partnership between the University of Nebraska State Museum and Nebraska Department of Transportation.

Nebraska’s abundant fossil record is critical to the interpretation of climate and life history in North America. Whenever highway construction disrupts the earth’s surface, there is a possibility that fossils will be uncovered. Since 1960, the Nebraska Department of Roads and the University of Nebraska State Museum have worked together to prevent the destruction of these irreplaceable scientific resources. Backed by state and federal legislation, Nebraska’s Highway Paleontology Program was established October 1, 1960 to protect fossils threatened by highway construction. The Program was the first of its kind in the United States. 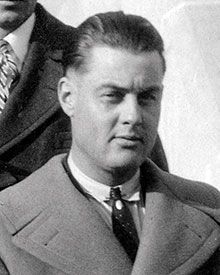 With support from Roads personnel, museum paleontologists excavate fossil remains as they are revealed by equipment -- conserving the state’s rich prehistoric past without causing construction delays. Typically less than one percent of the annual highway projects produce fossils. In the past 50 years, more than 200,000 specimens including the remains of camel, rhinoceros, long-jawed elephant, giant land tortoise, large carnivore, and sea lizard have been collected from approximately 80 projects and curated into the Museum’s permanent research collections. Several animals new to science have been discovered including a new species of pocket mouse, Stratimus strobeli, named in honor of former Roads Director Jerry Strobel for his long-term support of the Program.

The legal foundation for the legislation that created the Highway Paleontology Program extends back to the American Antiquities Act (1906) which protected objects of “historic or scientific interest” on government-owned lands. In 1937, the state’s Standard Specifications for Highway Construction required the contractor to promptly notify the Engineer whenever archeological and paleontological remains were uncovered. Tom Middleswart, engineer in the Nebraska Panhandle from 1919-1968, frequently informed the Museum of these discoveries. In 1956, the Federal-Aid Highway Act, which initiated the Interstate Highway Program, set aside federal funds for the protection and recovery of historic, archeological and paleontological resources threatened by highway construction. This federal legislation generated the framework for Nebraska LB 314 (1959) which allowed Nebraska Department of Roads to enter into agreements with the appropriate state agencies for the salvage of historical, archeological, and paleontological remains. On October 1, 1960, the University of Nebraska State Museum and Nebraska State Historical Society began programs for paleontological and archeological salvage, respectively. In the subsequent five decades, additional legislation has further protected fossil resources on state and federal lands.

Any fossils discovered on highway right-of-way must be reported to the Museum's Highway Paleontologist.