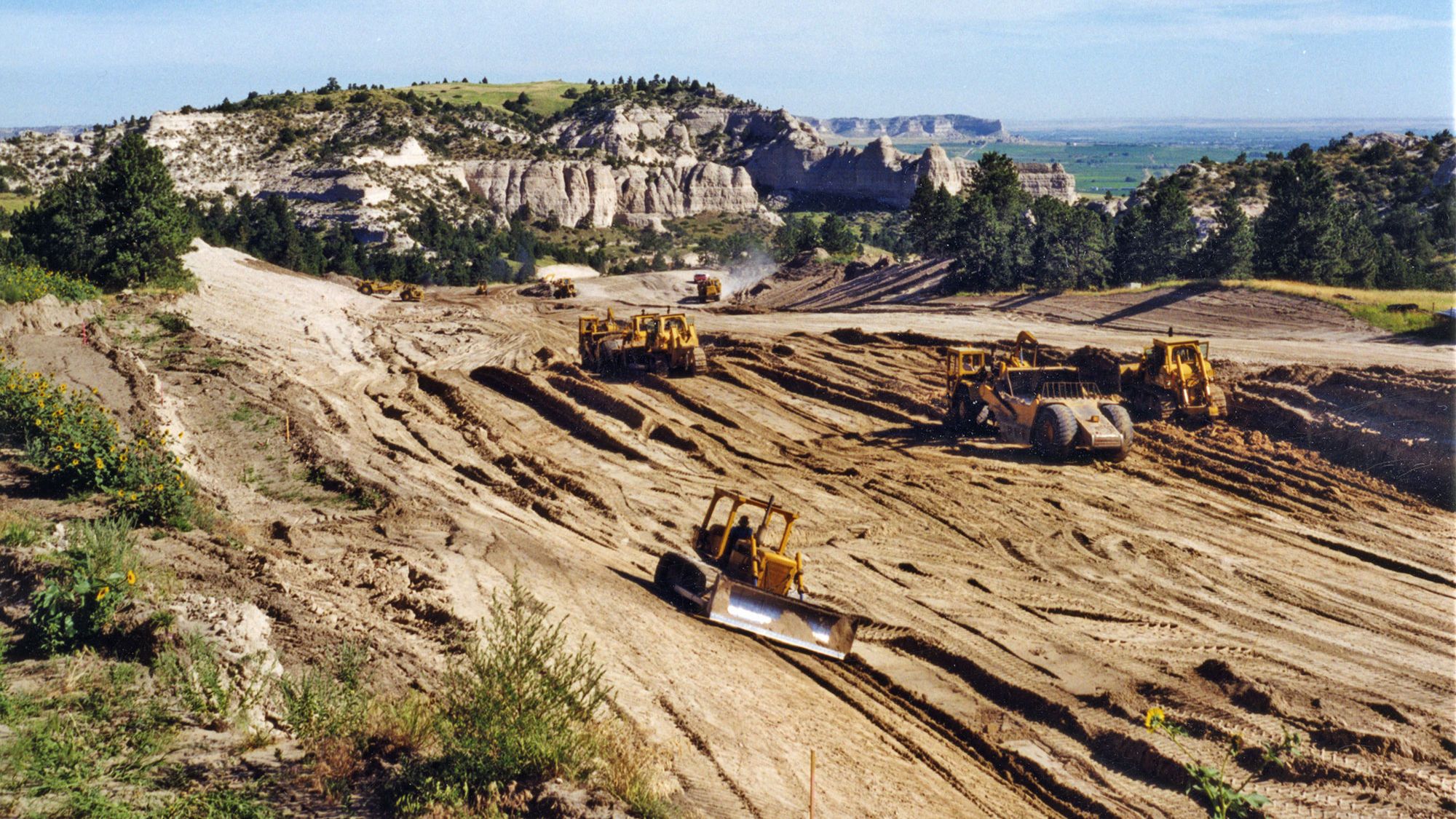 Life in the Past Lane

Life in the Past Lane highlights spectacular fossil finds recovered over five decades of Nebraska's Highway Paleontology Program. The exhibit features rare specimens, including the remains of a six-foot-tall flightless bird, a 40-foot-long plesiosaur, a lion 25 percent larger than the modern African lion, and a giant land tortoise.

Nebraska's abundant fossil record is critical to the interpretation of climate and life history in North America. Whenever highway construction disrupts the Earth's surface, there is a possibility that fossils will be uncovered. Since 1960, the Nebraska Department of Roads, the University of Nebraska, and the University of Nebraska State Museum have worked together to prevent the destruction of these irreplaceable scientific treasures.

More than 80 projects have produced scientifically significant specimens with the most noteworthy locality in the Nebraska Panhandle south of Gering. In 1968, highway realignment through the Wildcat Hills exposed a 20-23 million-year-old river deposit. Museum paleontologists salvaged a few fossils during construction and revisited these road cuts for 30 years until another major improvement project associated with the Heartland Expressway uncovered a treasure trove of fossils through this stretch. In 1999, paleontologists collected approximately 600 bones, a third of which were skulls and jaws, in a six-week period. Scrapers carried 70,000 cubic yards of sand and gravel through excavated portions of the quarry as they worked. Sixty different species were recovered from this project, including turtles, snakes, birds and mammals.

"After we finished, contractors smoothed up the lanes and were completed in less than 30 minutes," said Shane Tucker, museum paleontologist. "It is hard to fathom the amount of information that would be lost if this program didn't exist."

The state agencies are proud of the program's past, and excited to see what the future holds. Each day leads to new discoveries that can be shared with the scientific community and future generations.