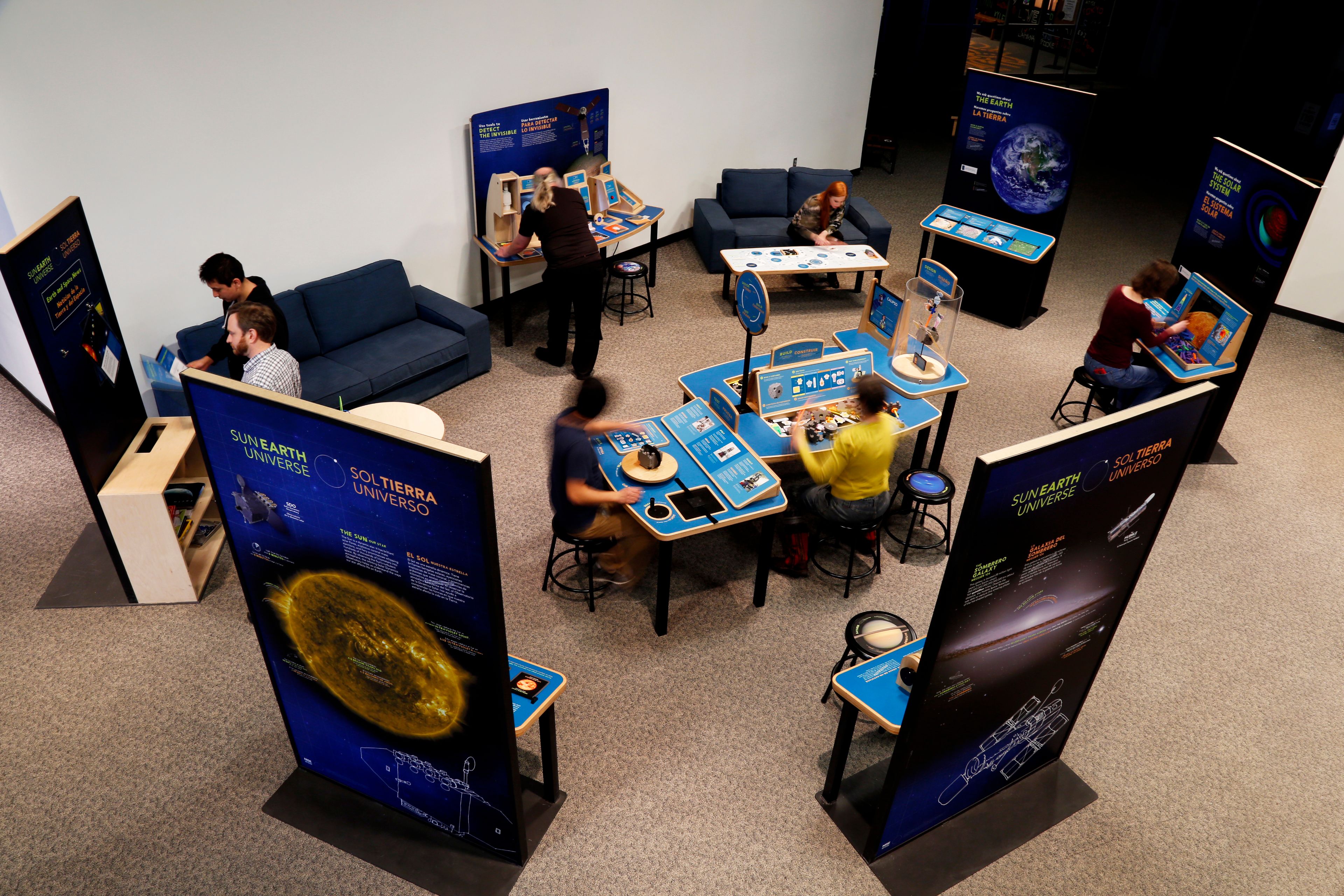 The Museum, in partnership with the Nebraska Center for Materials and Nanoscience (NCMN), were awarded the opportunity to host this fun and compelling new NASA exhibit for visitors of all ages!

Packed with engaging, hands-on interactive exhibits and dazzling imagery, this 600-square-foot exhibition connects visitors with current NASA science research and launches them on a journey to explore the universe!

These fun exhibit experiences introduce visitors to ongoing research in the fields of materials science, heliophysics, Earth science, planetary science, and astrophysics, and encourage them to imagine what the future of Earth and space science might hold.

Public program events that highlight the exhibit and space content