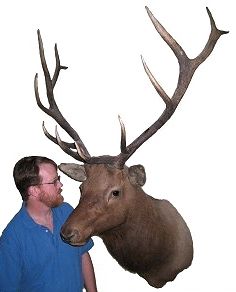 Elk, widespread during the Pleistocene, survived in Nebraska until historic times. One of the largest members of the deer family, Elk continue to fascinate visitors to Yellowstone National Park where they still flourish. Closer to home, this elk (left) also seems to have captured the attention of the Museum's Zoology Collection Manager, Tom Labedz. 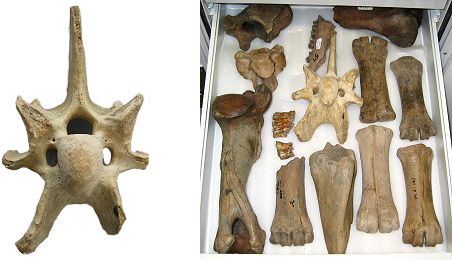 Bison antiquus was a large, robust bison that was widespread across America during the Pleistocene. It's horns were longer than modern bison's, but much shorter than those of Bison latifrons. The drawer on the left contains B. antiquus from various Elkhorn Valley localities, including this neck vertebra from Douglas County. 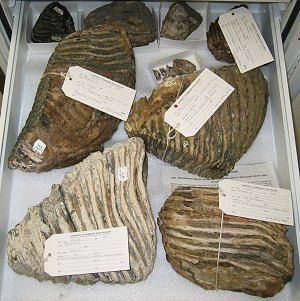 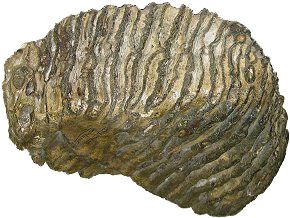 Douglas County's bedrock is comprised mostly of ancient marine shales and limestones. In these Paleozoic rocks, vertebrate fossils are rare, but the Pleistocene sediments above them produce a fair number of mammoth teeth and remains of other "Ice Age" animals. This drawer full of teeth (left) attests to the fact that Mammoths once roamed Omaha!