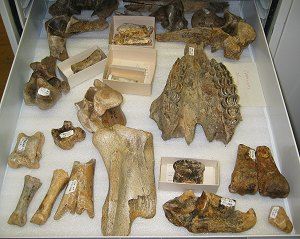 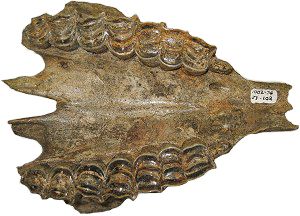 Camels originated in North America and flourished in Nebraska for 40 million years. They evolved into diverse forms, from small llamas to towering giants. Camelops was the last camel survivor in Nebraska and became extinct along with other large ungulates (hoofed animals) about 11,000 years ago. Jefferson County sediments preserve numerous Camelops remains (left). 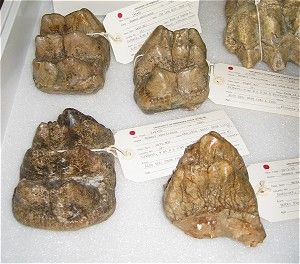 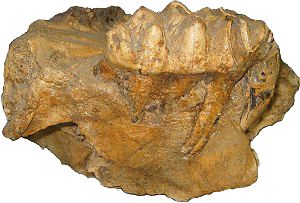 American Mastodons, though not as common as mammoths, were also widespread across Nebraska. Jefferson County has produced four or five isolated mastodon teeth, a couple of fragmentary jaws, and part of the palate shown below. Teeth are the most durable part of a skeleton, and are often the only remains of an animal to be preserved. 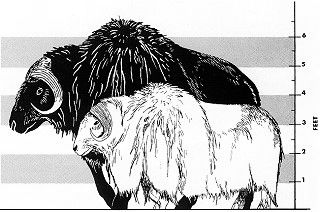 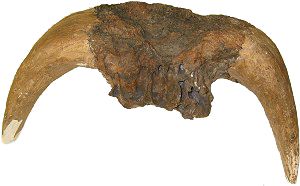 Musk Ox today live in the higher latitudes of Canada and Greenland, farther north, in fact, than any other hoofed mammal. They are well adapted to living on sparse tundra vegetation and surviving very long harsh winters. That musk ox are found as fossils in Pleistocene sediments in Nebraska along with fossils of other exclusively northern animals indicates that the climate here was very different 25,000 years ago than it is today. At left is a comparison of the size of the fossil musk ox (black) with the modern (white).