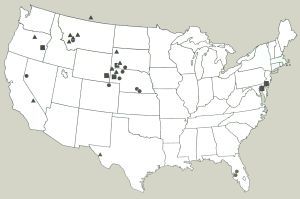 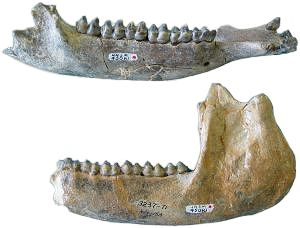 Tapirs are quite rare in the fossil record. Localities in the United States that produce pre-Ice Age fossil tapirs are shown at the left. You can see that Nebraska's fossil record is extremely important for this group of "jungle" animals. Living tapirs can be found today only in South America and Southeast Asia. They became extinct in North America 11,000 years ago. 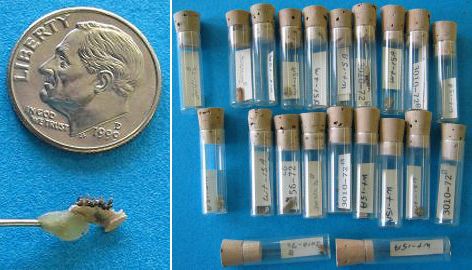 Pressed for space? A whole collection of fossil bat jaws can fit in the palm of your hand! Bats are among the smallest (and rarest) of fossil mammals. Collecting these "microfossils" is tedious work, requiring hours of washing, sorting and picking sediment. Notice that the entire tooth row in the jaw below is about as long as the date on this dime! 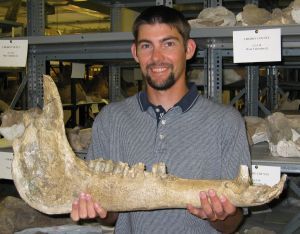 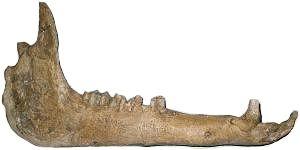 Nebraska's "titanic camel" towered over the other Plains creatures of the day. It stood about 9 feet tall at the shoulder, and could stretch to browse on tender leaves perhaps 15 feet up into the trees! This gave Titanotylopus a great advantage over other animals in its competition for food. Shane Tucker holds this trophy jaw nearly 3 feet long!