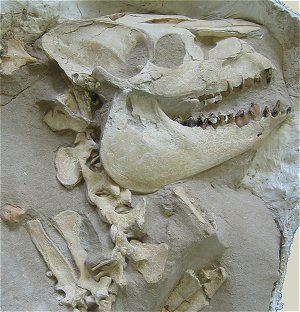 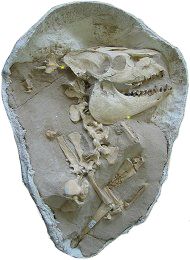 Oreodonts were sheep-like artiodactyls (even-toed hoofed mammals) and are among the most common fossils found in Nebraska. This articulated specimen of the small oreodont Merychyus is another of the important specimens found by the Highway Salvage Paleontology Program, a joint effort between the Nebraska Department of Roads and the University of Nebraska State Museum. 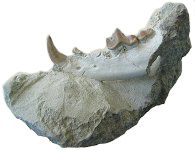 This Eurasian immigrant is the earliest member of the Hemicyoninae, a group of bears that became extinct at the end of the Miocene. Although usually very rare, several well-preserved specimens have been recovered by the Highway Salvage Paleontology Program from a site known as "Millennium's End Quarry" in Scotts Bluff County. 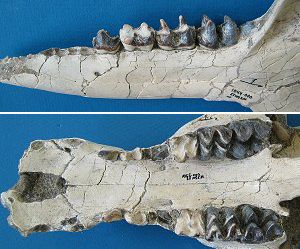 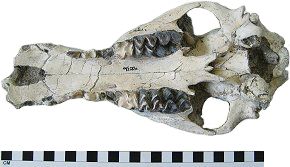 Anthracotheres are hippo-like artiodactyls that probably had an aquatic lifestyle. They are often abundant in ancient river deposits that produce fossils of other "woodland" animals, but rare in deposits formed in prairie habitats. Arretotherium is the last North American genus of anthracothere and became extinct about 18 million years ago.